Using a wide aperture lens, and a tripod, some nice photographs were taken of the fireworks show.  Here, you can see the horizon and Spengo in the night sky.

The fireworks, launched from SED tanks, were quite impressive.

As expected, the SED had to add a plug for their organization during the show.  Strong winds, or faulty pyrotechnics caused the 'E' in SED to disperse before this image was made. 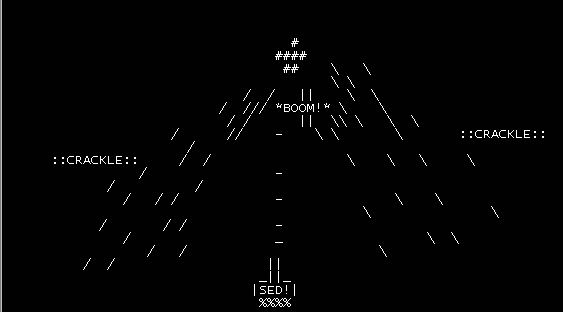 As a grand finale, rather than a sparkling Statue of Liberty, or Stars and Stripes...

The two SED tanks fired at the same time sending into the sky...

This was the last image taken by the camera before it failed.